Die kennen elkaar toch?
The aim of education Is the knowledge, not of facts, but of values
Omhoog 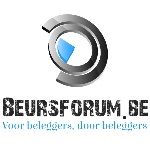 WHITE HOUSE SAYS CHINA'S ACTIONS IN AND AROUND TAIWAN STRAIT ARE 'PROVOCATIVE, IRRESPONSIBLE, AND RAISE THE RISK OF MISCALCULATION'
Omhoog

This content was produced in Russia, where the law restricts coverage of Russian military operations in Ukraine.

MOSCOW, Aug 9 (Reuters) - A Russian rocket carrying an Iranian satellite successfully launched into space on Tuesday as Moscow and Tehran seek to build closer ties in the face of Western sanctions.

The remote sensing satellite, called "Khayyam" was launched by a Russian Soyuz rocket from the Baikonur Cosmodrome, the home of Russian space launches located in southern Kazakhstan, at 08:52 a.m. Moscow time (0552 GMT) on Tuesday, according to a video broadcast by Russia's Roscosmos space agency on YouTube.

Tehran has rejected claims the satellite could be used by Moscow to boost its intelligence capabilities in Ukraine, saying Iran will have full control and operation over it "from day one."

The Washington Post reported last week that U.S. officials are concerned by the fledgling space cooperation between Russia and Iran, fearing the satellite will not only help Russia in Ukraine but also provide Iran "unprecedented capabilities" to monitor potential military targets in Israel and the wider middle east.

Iran says the satellite is designed for scientific research including radiation and environmental monitoring for agricultural purposes.

Russia has sought to deepen its ties with Iran since Feb. 24, when the Kremlin ordered tens of thousands of troops into Ukraine.

In July, President Vladimir Putin visited Iran in his first international trip outside the former Soviet Union since the start of Russia's military campaign in Ukraine.

While in there, Iran's supreme leader Ayatollah Ali Khamenei told Putin that Tehran and Moscow needed to stay vigilant against "Western deception".
Omhoog

The aim of education Is the knowledge, not of facts, but of values
Omhoog

U kunt zich hier registreren en daarna de bijlage zien.
The aim of education Is the knowledge, not of facts, but of values
Omhoog
Plaats reactie
44 berichten